In our essay for Pesach 5781, we discussed the concept of “Goses” – a person in the throes of death. We outlined the difficulty in formulating a precise definition of Goses and the various Halachos that are relevant to a patient in a state of Gesisa. This essay will tackle a tragic yet fascinating question and examine whether the Halachos of Goses are applicable.

The Gemara in Arachin (7a-b) cites Rav Nachman in the name of Shmuel who rules: “A woman who dies on Shabbos [while] sitting on the birthing stool– one may bring a knife and cut through her abdominal wall and remove the fetus”. The Gemara asks that this ruling is obvious as cutting the dead woman’s abdominal wall is “merely akin to cutting meat” and not a violation of Shabbos[1]. It answers that Shmuel even permitted carrying the knife through a Reshus haRabim. Though the fetus has no presumption of life (“Chezkas Chaim”), one may still desecrate Shabbos to save it. This Halacha is cited by the Shulchan Aruch (O.C. 330:5).

The Rema, however, adds:

The reason that we are not accustomed to doing so – even during the week – is because we are not expert in [determining] the death of the mother quickly enough such that it would be possible for the fetus to live.

The Rema’s source is the Sefer Issur v’Heter (59:11). The Mishna Berura (based on the Magen Avraham ibid. 11) explains:

Perhaps she has only fallen unconscious and if we cut into her we will kill her. We [thus] need to wait [to be certain], and in the meantime the fetus will die.

Rav Moshe Feinstein zt”l (Igros Moshe Y.D. II 174:2) explains that although we are proficient in determining death by the cessation of respiration (as described by the Shulchan Aruch 329:4), we can only rely upon that assessment when the patient has been apneic for long enough to indicate that he has died[2]. In this case, in order to rescue the fetus we would need to determine the mother’s death immediately, and we are not proficient in doing so.

The Rema’s ruling is based on two principles:

Rav Elyashiv zt”l (Kovetz Teshuvos 3:161) cites the Zera Emes (2:60) who explains the Rema’s position. He explains that if the fetus has already begun to descend it is no longer entirely dependent on its mother, and one may assume that the mother died first and that the fetal distress and demise occurred afterward. But if the fetus had not begun its descent, fetal demise can be assumed to occur before [or at the instant] the mother died, as the dependent fetus has a more tenuous life and cannot survive after maternal death. Therefore, by the time the mother’s death is pronounced, we can assume that the fetus has certainly already died.

This rule is by no means clear-cut and in matters of Pikuach Nefesh we generally attempt to save lives even if the chances of success are infinitesimal. However, in this case there are two reasons why we do not make an attempt to save the fetus’ life. First, just as we are concerned for the slim chance that the fetus is alive, we are also concerned for the slight possibility that the mother is only unconscious but still alive. Therefore, it is better to “sit and not do anything” rather than to actively intervene. Second, since in a general sense, a mother’s life takes precedence over her fetus, we concern ourselves more with the possibility that the mother is still alive than the fetus.

If so, the Rema’s ruling only applies when we are in doubt as to whether the mother has died. The Shevus Yaakov (1:13, cited in Hagahos R’ Akiva Eger 3) therefore rules that if the mother was decapitated, even the Rema would agree that attempts should be made to save the fetus.

Clearly, this only applies when it is certain that the mother has died, as in the case of the Shevus Yaakov. In all other cases, she cannot be assumed to have died. Though the Rema explains that the concern is that the mother has only fallen unconscious, he does not mean to say that this is the exclusive concern. Even if she has not fallen unconscious but is in a state of Gesisa it is still forbidden to attempt to extract the fetus as a Goses is considered to be alive in all respects and may not be moved lest it hasten his death. Since the mother’s life takes precedence over that of the fetus, one may not attempt to extract the fetus, for if the slightest move is liable to kill a Goses, an invasive surgical procedure is certainly likely to do so.

The Poskim maintain that in the modern setting with sophisticated physiological monitors that can inform us about the status of both the mother and the fetus, this Halacha does not always apply. If monitors clearly indicate that the mother has died but the fetus is still alive and it is possible to save it, we would desecrate Shabbos to do so. This is Rav Elyashiv zt”l’s conclusion based on the Zera Emes’ explanation of the Rema.

Rav Shmuel Wosner zt”l (Shevet haLevi 6:27) discusses a case of a woman who was sick “with a very dangerous disease. She was at death’s door and there was no hope for her recovery. She was pregnant in her seventh month and there was some hope for the survival of the fetus.” Rav Wosner was asked, “If they see that she is in the final moments of Gesisa when, according to the Torah, she is considered to be dead, can they cut open her abdominal wall to extract the fetus?”

Rav Wosner cites the Rema but notes: “Today it is easy to determine the onset of death and the silencing of the heart, and that she has breathed her last breaths based on the signs delineated in Orach Chaim 329:4. And it is possible to determine that the fetus is alive – and this is not a matter of Safek Pikuach Nefesh but certain Pikuach Nefesh. Moreover, the concern that signs of death have been confused with her falling unconscious is implausible, and we have determined her death with certainty – therefore we should rule in this matter like the Beis Yosef that one may attempt to rescue the fetus… After I ruled this way in the paucity of my knowledge they showed me that R’ Isser Zalman Meltzer zt”l is cited as having ruled similarly for the reasons I have outlined”.

Rav Wosner also adds another important detail. In some cases the mother’s death may already have been determined but it is possible to resuscitate her and place her on life-support machines. Is it better to do so and slightly prolong her life or to give precedence to saving the fetus?

The Shulchan Aruch (O.C. 329) rules that upon cessation of breathing a person is considered to be Halachically dead and it is forbidden to desecrate Shabbos on his behalf. Rav Wosner therefore rules that there is no obligation to resuscitate a patient in this state or place him on life support which will only help “to prolong his signs of life for a short time” in a case where we see “that due to his enormous suffering this is not to his benefit” for “he was already a Goses and he died amidst Gesisa according to the Torah.” In a case like this we would not desecrate Shabbos on his behalf. Therefore, “in said case, since the woman had died according to Torah law and we do not intend to use the aforementioned means [of resuscitation] (see Rema Y.D. 339:1[3]), it is permissible to extract the living fetus.”

The primary condition for this[4] is that death should be determined only by a Talmid Chacham [who is] fluent in Halacha and knowledgeable of the signs of Gesisa. [This is necessary] so that physicians do not come to act in a dangerous manner [due to this ruling]. However, [since] they ultimately did not act in line with the above [in the aforementioned case – i.e., they did not operate to deliver the baby] due to the great confusion at the time of death. Therefore, I say that one should not rely on my ruling until other true Gaonim and expert Poskim concur.

[1] Sheilas Ya’avetz (1:41) points out that this is only true in this instance, however, if a person performs cadaveric dissection for the purposes of study, he has desecrated Shabbos as he is careful to make incisions of a precise measure (and thus performs the Melacha of “Mechatech”). In this case, the size of incision is irrelevant – as long as the fetus may be extracted.

Why does cutting the abdominal wall not violate the Melacha of Chovel? The simple answer is that the Melacha of Chovel is based on “Netilas Neshama” due to the bleeding (the blood contains the soul of a person – “Ki haDam Hu haNefesh”), as stated by the Mishna Berura (316:29). This is obviously inapplicable to a corpse whose soul has already departed.

However, the Biur Halacha (ibid.) notes that according to the Rambam (Hilchos Shabbos 8:7) the Melacha of Chovel is based on the Issur of “Mefarek” (extracting liquids from a solid) which is a Tolada of the Melacha of “Dash”. Therefore, the Pri Megadim contends that, according to the Rambam, one would be liable for the Melacha of Chovel when cutting the flesh of a corpse. If so, it is difficult to understand how the Gemara can say that cutting a dead woman’s abdominal wall is “merely akin to cutting meat”. We should point out, however, that the Pri Megadim’s contention is not universally accepted. See the Avnei Nezer (O.C. 57:6) who holds that the Rambam would also agree that there is no Melacha of Chovel when cutting the flesh of a corpse. Other Acharonim also concur but further discussion is beyond the scope of this essay.

[2] [and has not simply fallen unconscious – “Shema Nisalef”. Rav Moshe writes that we are only concerned with this possibility for a very short time – “Zman Mu’at Me’od d’Eizu Minutin” – as it is impossible to live without breathing. When a patient stops breathing, it is possible that he has died or that his illness has progressed to the point that he no longer has the strength to breathe, and we are concerned for the latter possibility until it is clear that he has been apneic for too long to remain alive (and that is the moment of death, not the instant that he stopped breathing). -Ed.]

[3] The Rema rules there that it is not required to prolong the life of a Goses.

[4] I.e. his ruling that the fetus may be surgically delivered when its mother is a Goseses. 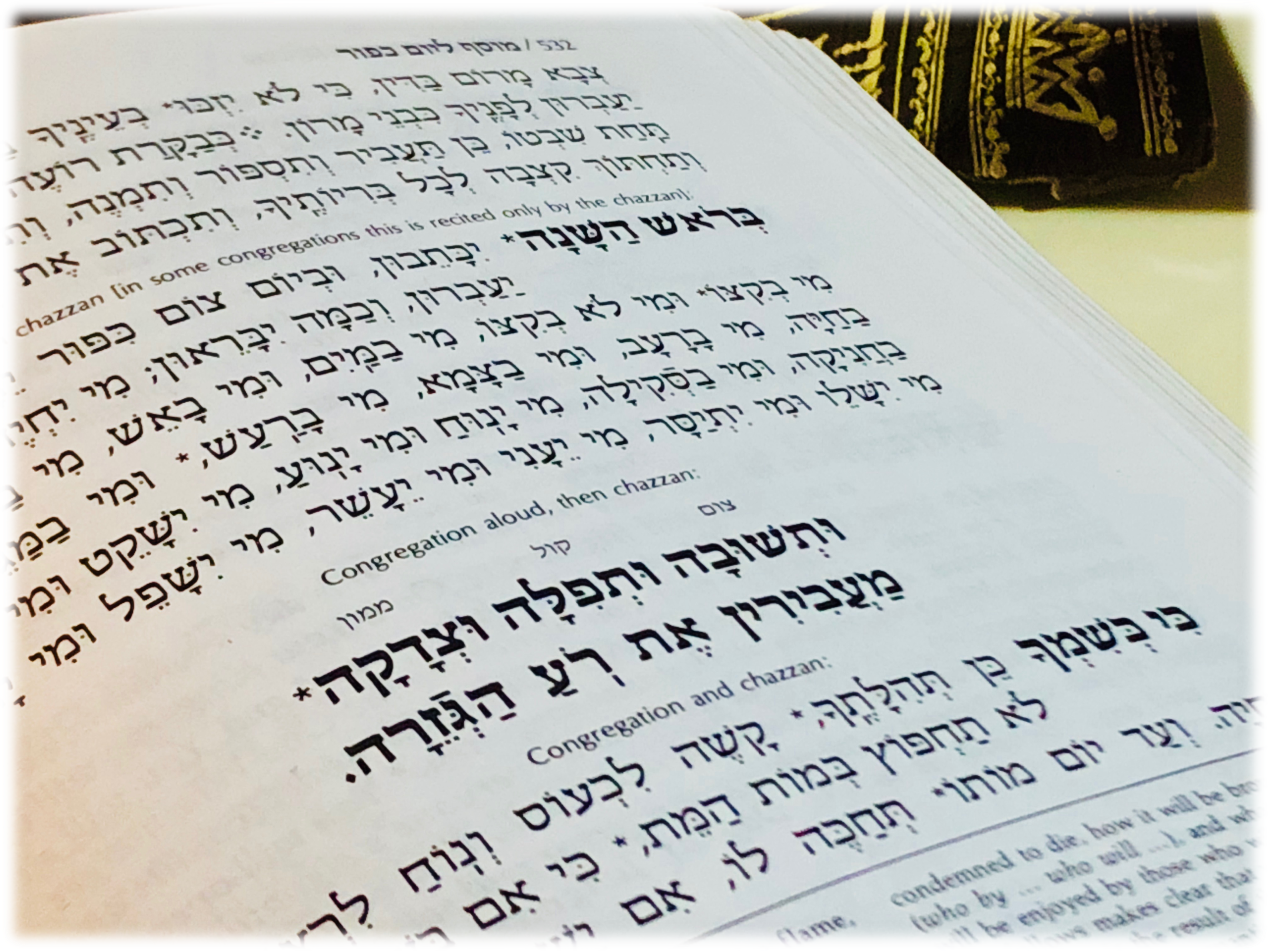 The Golden Years – Part IV: Who is a Zaken?